December was as last year the month where Daz had their Holiday Loyalty Sale. I think I reached the highest loyalty discount. Which was -30% off at each order in December. Renderosity Had a X-mas X-citement sale, with a number of vendors' stores where on sale with a up to 70% discount for a few days. Both sites also had a number of free christmas items throught the month.

Sailing ships are not released often, and Marmara Boat is also a smaller vessel than the sailings ships I've bought a long time ago. Polish has once again made an awesome bundle. The Holiday Hotel Scenes Bundle includes almost an entire hotel. It's not os often, that there's released a new great historic male outfit. So dForce The Count Outfit is one example that I just need to have. I need more everyday items like a Road Bike and Poses. As a fan of the Back to the Future trilogy I couln't resist the Delorean DMC-12, and combined with the two add-ons MCX Charger Add on for Delorean DMC-12 and Suspension Kit for Delorean MDC-12 the road and sky is clear to let my characters travel to anytime in history. 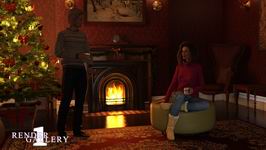 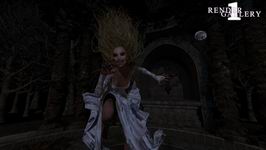